So do you know about Rosie Gabrielle? She is a motorcycle adventure traveler, Photographer and video creator from Canda. She thoughts to inspire people and help them explore the world through my eyes. She has traveled to many countries before Pakistan.  So here’s her story:

Two years ago, Rosie Gabrielle was stuck in a rut—working long hours in a demanding career, and for what? Health problems that were going from bad to worse? So, she packed up her bags and started living her dream.

“I had been telling myself for years, all I want to do is ride a motorcycle around the world,” said Gabrielle.

Since then, she’s ridden solo through the Arab country of Oman, twice, and has gone from Vancouver, B.C., to Yosemite National Park, California.

How it all began:

Gabrielle was first exposed to two-wheeled travel while on a backpacking trip in Southeast Asia some 12 years ago. She ended up logging 12,000 kilometers across Vietnam, Cambodia, and Laos on a motorcycle.

“That sparked a love for riding and exploring,” she said.

The now 31-year-old has traveled extensively over the years while operating a photography business in the Middle East. Every summer, however, it’s British Columbia that beckons her back home.

“I love the riding near Nakusp,” she said,” and I’d love to explore more on my bike when I get home.”

At home in Delta, Gabrielle owns a 1983 Honda Shadow but overseas, she’s been on a variety of different bikes—from KLRs to Royal Enfields. Her dream bike?

“I would love a Triumph Scrambler,” she said. “I want to get one and ride it to South America.”

Alone but not lonely:

Traveling solo, especially in a foreign country, strikes fear into the hearts of many, but Gabrielle has learned to trust her gut and go with the flow.

“There’s not one ounce of fear, anxiety or anything that would make me not want to do it alone,” she said. “And I’m not mechanically inclined. I know the basics, but I just learn through my experiences.”

For example, a fuel line that came apart while she was on her Canada to California trip forced her to backtrack to the nearest town. Unfortunately, the local mechanic’s shop was already closed so she spent the night in a campground. Next to her site was a group of adventure riders from the Czech Republic. One of the riders happened to be a bike mechanic who helped Gabrielle get back on the road.

“People are just so intrigued and shocked that I’m on my own,” she said. “Their first reaction is to take care of me and ask me if I need anything . . . So I’ve never had any negative experiences over there as a female. In fact, I think it’s better because people are less afraid of you. They’re less intimidated because if a man approached the woman over there, they wouldn’t be so open.”

Gabrielle loves the scenery and said that each country has its own unique qualities, but it’s the people who leave a lasting impression on her heart.

“The riding community, especially in South Africa, has been pretty incredible,” she said.

The support from those who follow her on social media is overwhelming as well. Her beautifully self-timed photos and openhearted posts have inspired many to reach out.

Looking back on her decision to leave the hustle and bustle of daily life behind, she said, “So many of us are not living for the moment. Time is really short, so I’m going to get as much out of this short little life as I can.”

So above we have discussed her story and now here’s his experience in Pakistan which she has shared on her official Facebook page:

Every experience she’s had, even while travelling through the Middle East, has been positive.Going back to the start of my journey here in Pakistan, I had the pleasure of visiting a small historical village just outside of Lahore called Padhana. Most people who visit Lahore only stick to the main tourist attractions. However, one of the highlights of my time in that area was getting to meet Sardar Saifulla. A descendent of the great rulers of Padhana. With great Pride and enthusiasm , he showed me around his village and introduced me to all the town folk. It was fascinating to see each persons part in this community and how each role was a catalyst for the prosperity of the village. Aside from the Sikh Haveli, Padhana is infamous for the production of its Khalis(pure) buffalo milk. After the milk is sourced, it’s distributed for delivery across Lahore. It’s also used within the village to produce their renowned sweets called Barfi. The hot sweet milky liquid is churned in giant vats for 4-5 hours until it becomes thick, creamy and ready for production. Sardar chuckled as he told me that the locals were big fans of this sweet, pointing to the rotund belly of a passerby. We all laughed. Around the corner, we met Iqbal. The father of the Birfi wala, who was the best Chai wala in town. This chai was extra special because it was also made with the buffalo’s milk. I got an extra sweet surprise, as Iqbal prepared our Chai, smiling ear to ear, he serenaded me with a qawwali melody. As we sat enjoying our tea, Sardar pointed out to me that the wooden benches we sat on were built just across the road. Each person here was known by name, trade and had a significant position to play. After we sat and spoke over Chai and Birfi. Sardar told me how Padhana was once a Sikh village, but now is home to many Muslims. Living harmoniously.

Everyone worked as a team in this village, each an essential member of a supportive society. This is how times used to be before everyone got so busy and thought only of themselves. How many people know their neighbors, and are there to support them?

I dream of this time when we can all be so connected and supporting one another. So that we all thrive and live in Unity as one collective community. @ Padhana historical Village of pakistan. 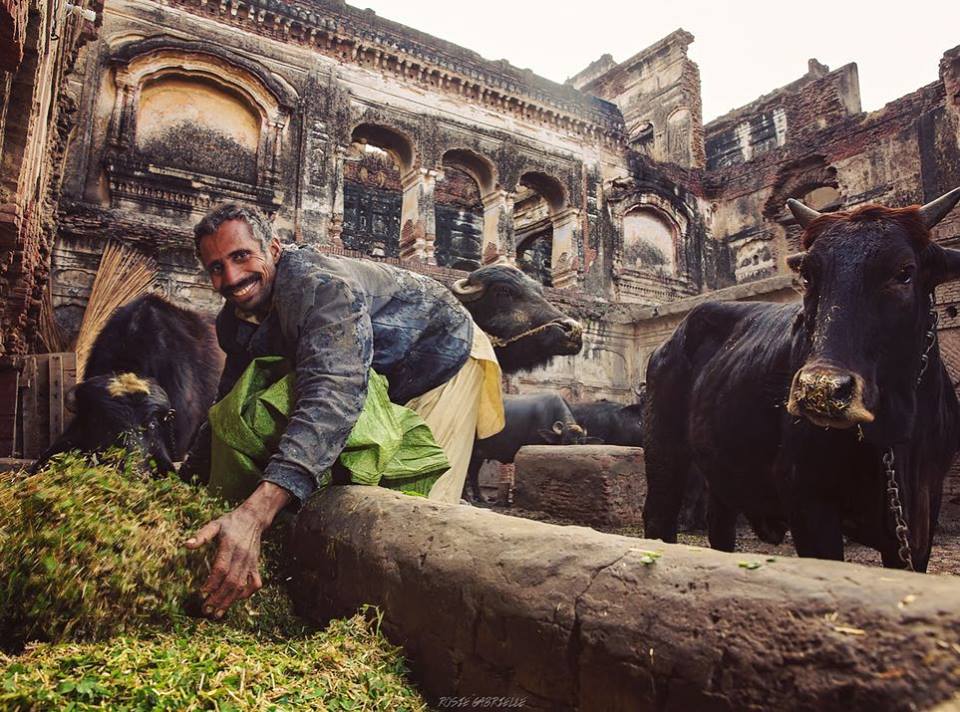 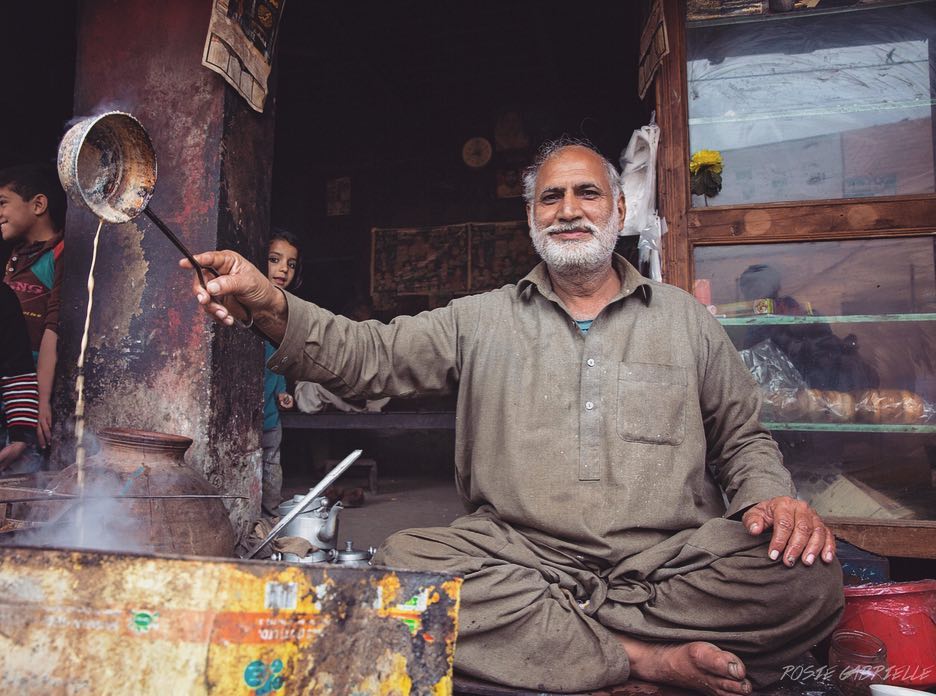 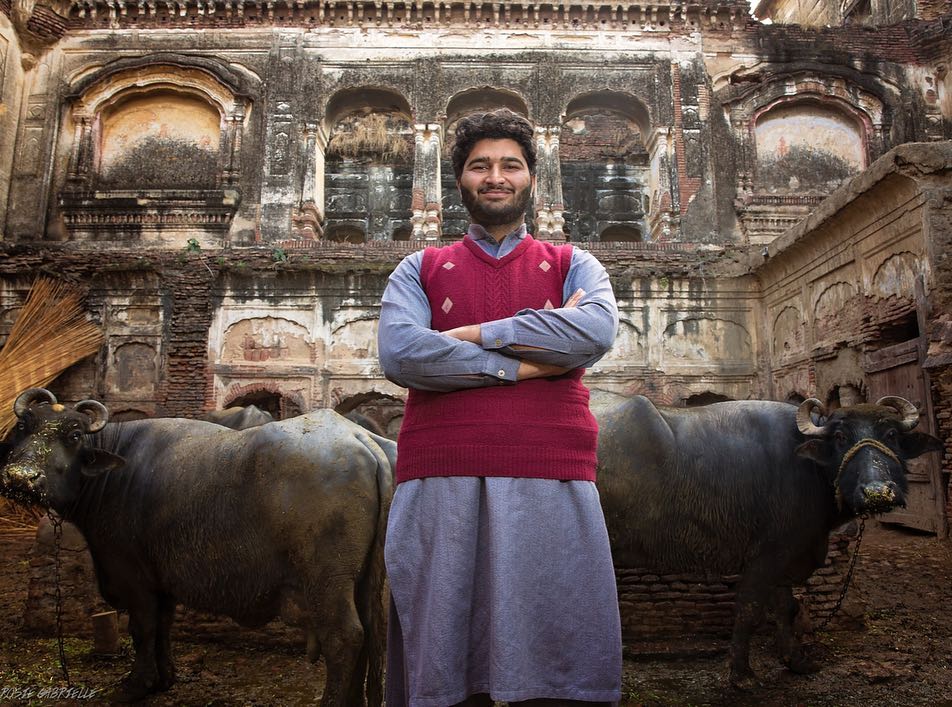 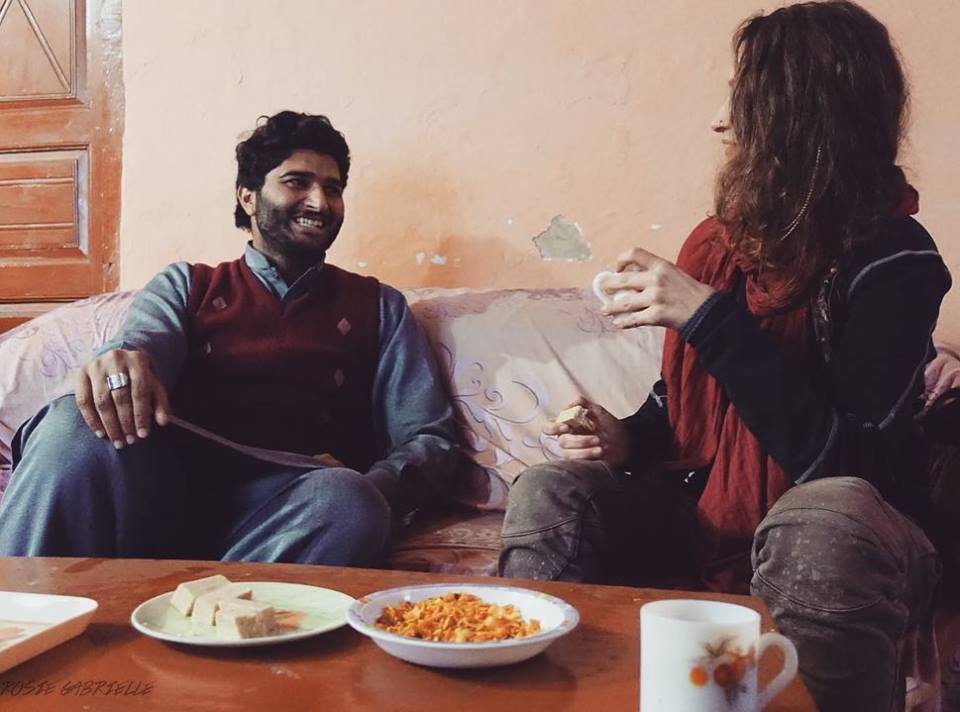 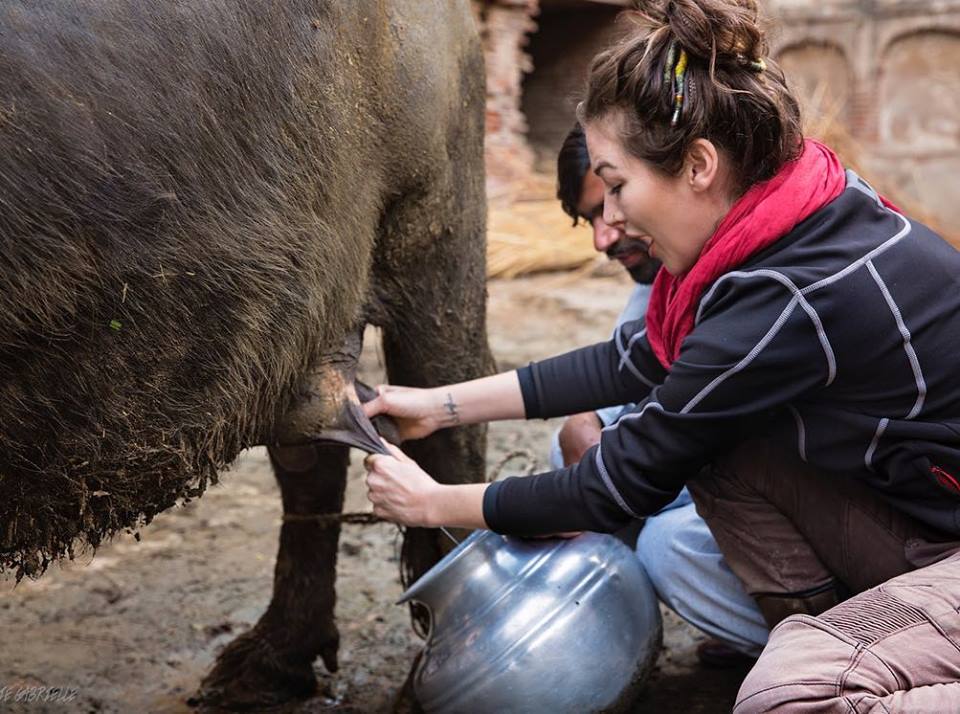 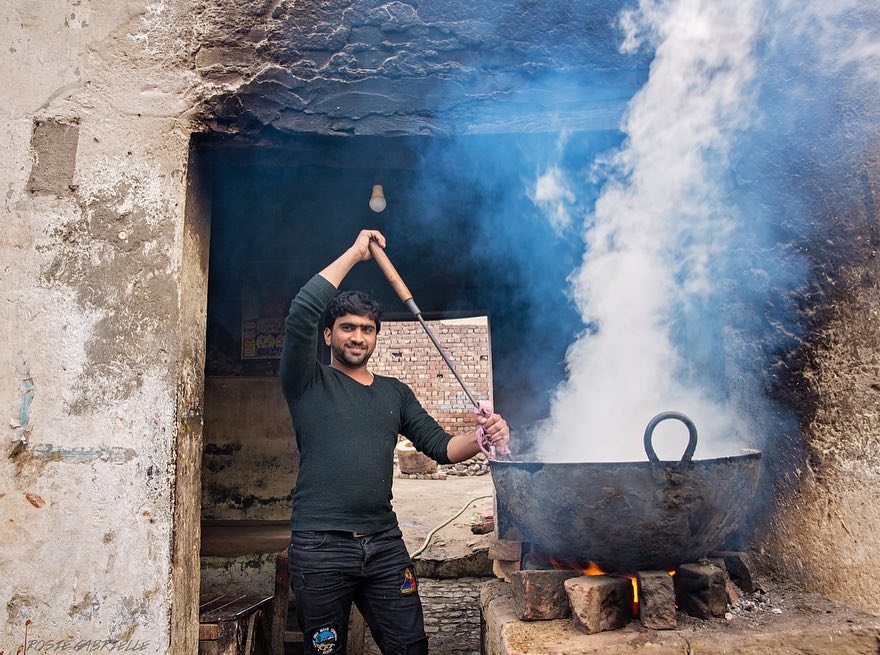 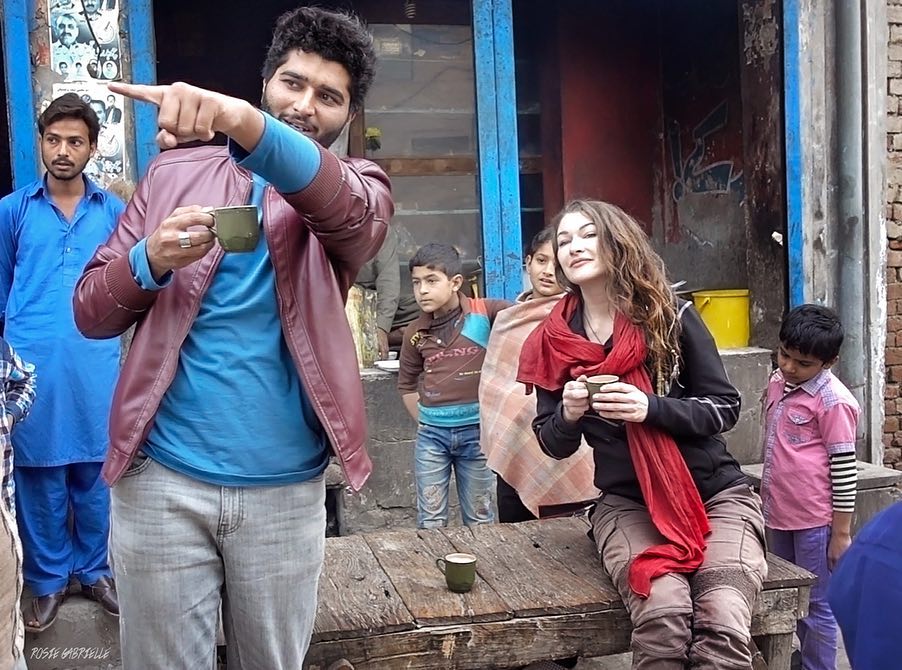 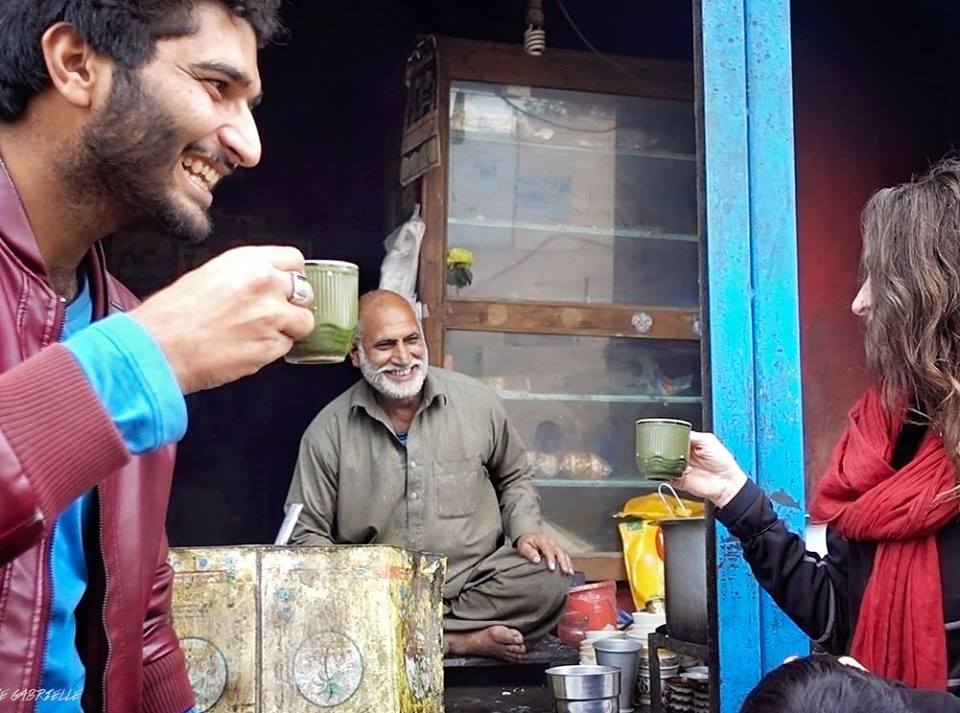 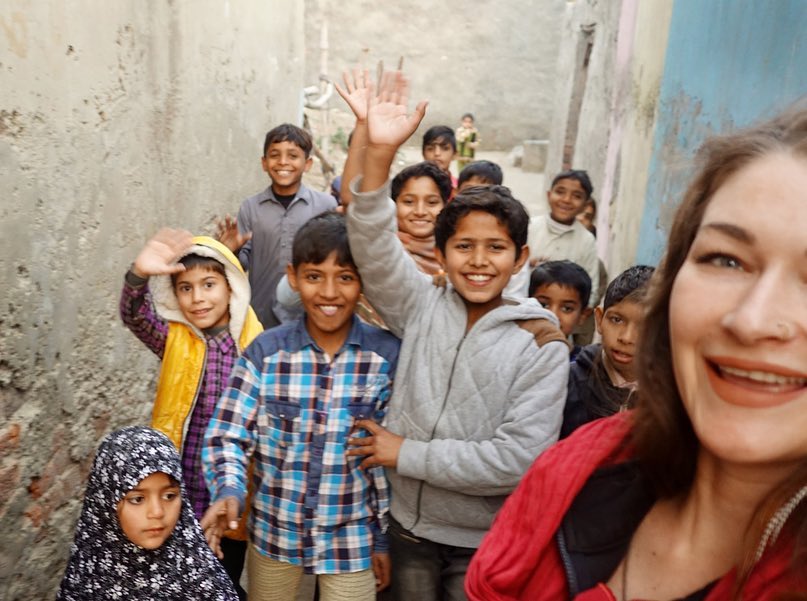 We are on a mission to explore Pakistan with our feature Discover Pakistan please let us know about your thoughts on this.